The All Party Writers Group (APWG), together with the Authors’ Licensing and Collecting Society (ALCS), held its summer reception in the House of Lords on Tuesday 14th June 2022. The event brought together ALCS members, industry heads and parliamentarians to hear speeches about how important writers are to the cultural makeup of the UK. 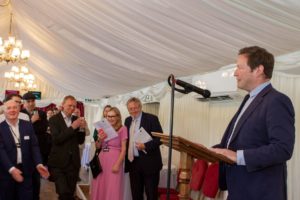 APWG Chair and former culture minister Giles Watling MP highlighted how intrinsic authors are to society. From books to the stage and the screen, writers are at the heart of the full spectrum of cultural activity for all of us, no matter our age. “…Without writers, nothing happens. We need to get the money [for their work] to the authors, to keep them going,” he said.

Reception host Lord Vaizey emphasised the importance of the APWG in pushing authors’ issues within parliament. He mentioned the pioneering AuthorSHARE scheme, which remunerates authors for the purchase of used books, that was set up in 2021 thanks to founder of Somerset-based used bookseller Bookbarn International William Pryor, with support from ALCS, the Society of Authors and Wob. 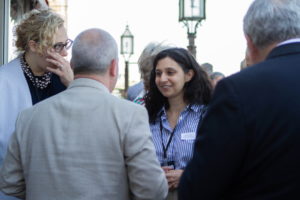 Lord Vaizey said: “AuthorSHARE allows authors to get paid for sales in the second-hand book market, which is vital as the used book market is worth over £500million a year in the UK.”

Lord Vaizey called on the government to look for a range of opportunities to support authors, including an increase to Public Lending Right (PLR), a scheme that sees authors remunerated for the loan of their books by libraries. “I would love to see a holistic approach that sees an increase to Public Lending Right, which has not been increased for ten years. It could make a massive difference to many authors with only a small amount of money. We could remove VAT on audiobooks and look at many other measures to support writers, just as writers have worked to support each other.” 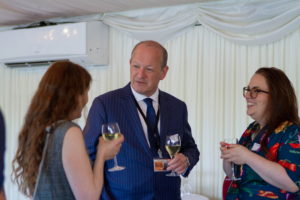 ALCS Board Chair and award-winning children’s author Tony Bradman took to the stage to discuss the work of ALCS and the difficulties around making a living as an author, compared to how much writers contribute to the UK’s economic wealth. ALCS, said Bradman, has paid over £600 million to writers over the years, with £40 million of that paid out in the last year alone.

Speaking of writer incomes, Tony Bradman gave an overview of authors’ earnings surveys that ALCS has commissioned in the past, with another recent survey’s results due to be released soon.

“We have seen a continual decline [of income]. Professional writers have seen a further hit to their incomes. People really depended on authors’ works during the lockdown, but at that same time authors really struggled because many of the opportunities they rely on to make up their income, like school visits for children’s authors, vanished.” 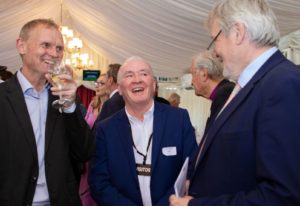 The author encouraged the audience to look at where they engage with a writer’s work and with a writer, even thanking them if they wish to. “Imagine a world in which the writers have not been able to produce their stuff, actors on stage with nothing to do, TV programmes that are blank screens, books with blank pages.”

Brandman closed with a reference to the historic success of UK writers and creative industries and the need to encourage that: “We are such stuff as dreams are made on. Help us keep making those dreams come true.”

Find out more about All Party Writers Group. Visit The Society of Authors for more information about AuthorSHARE and how to sign up to the scheme. To support authors when you buy second-hand, choose Wob.

AuthorSHARE scheme: How much was paid out for the sale of used...

Read this before signing with a publisher